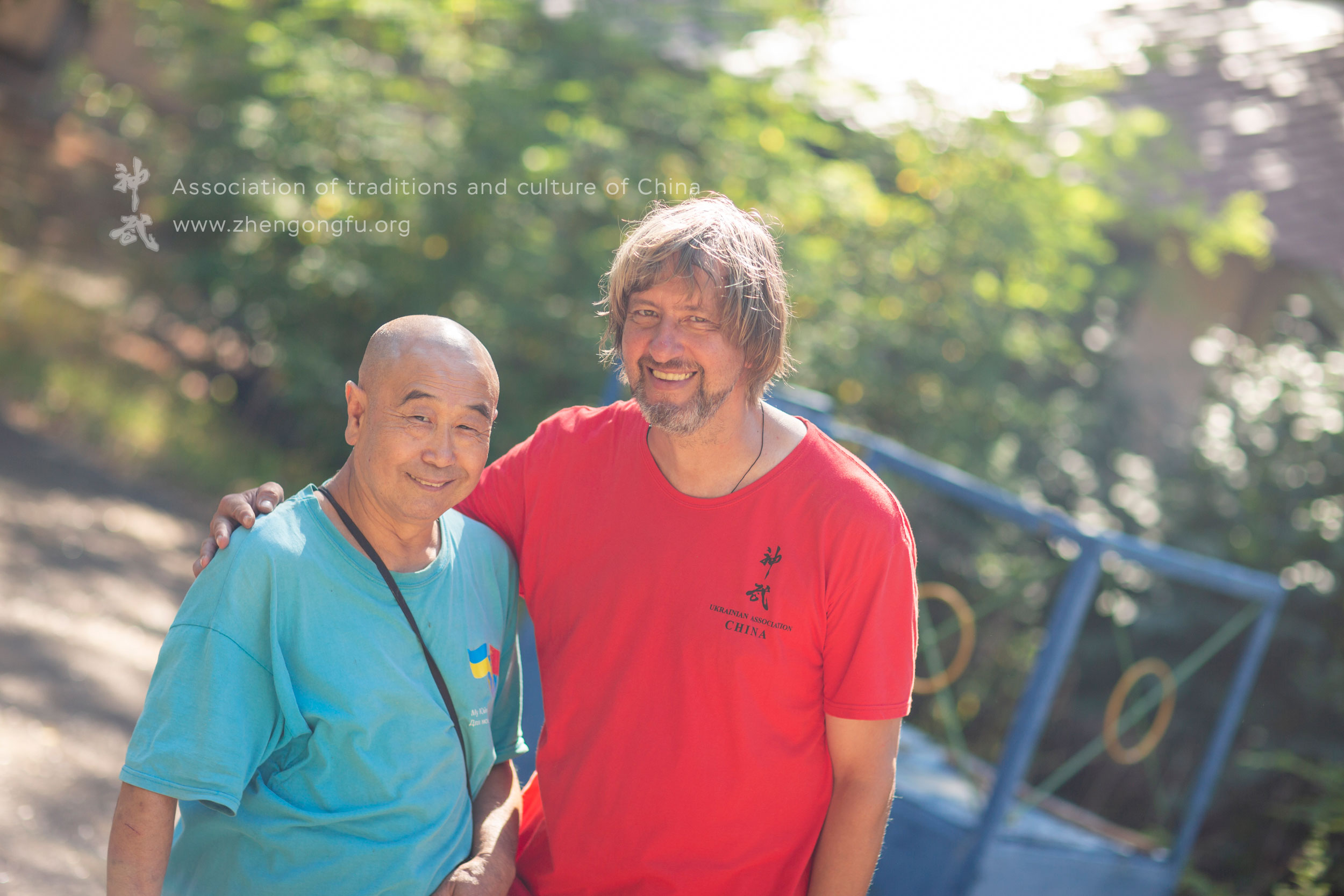 Fedortsov Vladimir was born in Odessa, Ukraine, in 1969.
From his youth, he was fond of martial arts and methods of maintaining health. Gradually, this has become a matter of life. He met many unusual people one of whom was Mu Yuchun, who became a teacher, a mentor, and changed a lot in the life of Vladimir.

After meeting with Mu Yuchun, Fedortsov Vladimir organizes hundreds of seminars and courses on martial arts and methods of maintaining health in Europe, China and in all regions of Ukraine.

During his work, Fedortsov Vladimir personally took part in hundreds of seminars and competitions in Wushu and Shuaijiao in China and other countries. He worked many times like a judge at the World Wushu Championships. He met and studied with famous masters of Wushu and other martial arts – Xu Futong, Feng Zhiqiang, Wu Bin, Han Jie, Mu Yuchun, Pan Xuezhi, Mi Jinbei, etc.

In Beijing, on November 4 and 5, 2008, we met with the famous master Wu Bin, coach of Jet Lee and other athletes of the Beijing wushu school, which laid the foundation for great changes in the development of modern Wushu as a whole. There were several meetings. The first meeting was with the master Wu Bin home and lasted all evening. We talked for a long time about Wushu, about the history of the Teacher Wu.

See other photos of Vladimir Fedorsov
See slides from competitions and seminars from different countries.